(6)
Simran was tied on the chair, with punctured nose. In her unconscious state, her lips were saying mercy.  She knew her end was near, her eyes were wet, there were lines of her dried tears. Sikha was standing in front of her, thinking something terrible. Sikha's heart was palpitating because of her malicious thoughts, she took a deep breath and put sodium ball on Simran's lap. Simran, already soaked in water, didn’t understand it.
The sodium ball begun to produce smoke and it was blasted soon. After the blast ball caused fire. Simran skin was melting in the fire, her voice was gone and there was no moment her body, she was dead. Sikha was standing like a stone, watching all this. She was enjoying it, she was smiling with tears as her austerity met her desire. Her revenge was almost complete now. Simran had paid for her wrong deeds.
Sikha suddenly heard a sound, it was increasing gradually. Everything was  started  fading.
She opened her eyes, blank for a moment. She realized it was her dream but it was a reality few hours ago. Whole act happened in front of her, she did stand like a stone there, watching Simran burning in the fire, but instead of laughing, she was crying and she vomited twice.
She tapped on her table to find her ringing phone. She hurriedly lift her phone.
There was a call from an unknown number. She thought for a second and picked it up.
“ What the hell you did!” someone yelled.
Sikha was shocked to hear a loud voice, she pushed her self in a sitting position. Her elbow got connected to wine bottle, which fell on the ground.
“How you come to know that?” Sikha said.
She couldn’t believe that he found it out.
“Neighbours called the fire brigade,” he said “ police will be reaching there soon, I can’t hold them anymore.”
Sikha went blank for a second, didn’t understand what went wrong. She did all this in basement. Did the house catch fire? How neighbours come to know about it? All this questions was running in her mind.
“ what about photographs?” he said.
“ which photographs?” She said.
“ You need to find photographs and you have to delete it, it was our deal!!!” He yelled.
She forgot about the photographs. She even forgot about her deal.
“I….I will find them, don’t panic.” She said.
She disconnected the phone and started collecting pieces of bottle. She was having headache, it was like someone beating drums in her head.
She had to drunk a lot to sleep, as last night event was playing in her mind in loop. She still couldn’t believe on her act. Her plan was clear, they needed to make confession from Simran  and made her delete all the photographs in her possession including Sikha's husband. There was no plan of killing Simran. Sikha wanted to punish her through the law.
Now there was only one thought in her mind ‘ I need to find photographs to end all this’. She didn’t want to do anything again that would make her a criminal and a monster.
Download Our App 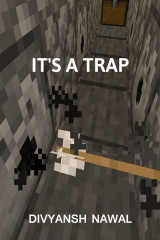