" Who have reported the incident ? " Inspector Nishant Shukla asked to the constable.

" Control room received the call from someone called Professor Dev Raval. He was there along with Miss Poorva Shah , who was the granddaughter of the late Mahaveer Shah " The on duty constable replied to his senior officer.

Inspector Nishant Shukla was assigned to investigate the murder of Mahaveer Shah.

Nishant Shukla was in his early forties. He had the great physic. He was tall and masculine.

Not only his physic but also his intellectual capacity was also par beyond excellence. He was having good analytical skills. His method of the solving the difficult cases was really exceptional.

Considering the murder of city's high profile businessman, the chief of the police department has assigned the case to his best resource. The Inspector Nishant Shukla.

" Where are they right now ? " Nishant asked to the constable.

" They are at the Post Mort-em center "  The constable updated his supervisor.

Nishant Shukla was about to asked further question but his cell phone rang and he excused himself.

Yuvraj Sinh Khuman was seating on the king size bed of his lavish bed room.

He was fainted inside the bathroom of his bedroom. He was taken outside by his deputy and his cook.

His deputy was also seating on the edge of the bed.

" How much time I was knocked out ? " Yuvraj Sinh asked to his deputy.

" For two hours and twenty minutes to be precise , Bapu " His trusted assistant replied to his mentor.

" No Bapu, please do not say again that word " You knows for the centuries , my generation is bound to serve your blood line " Devayat aka Devu Bha pledged to the Yuvraj Sinh.

" Yes Debu Bha. Yours and mine both generations are bound to recover the prize that was taken from us " Yuvraj Sinh Khuman said.

" Now you should take rest Devu Bha , we will decide how we would find the object which was gone when we arrived at Mahaveer Shah's office "

Yuvraj Sinh trid to sleep but he knew that was now not possible till they find the object which was just taken before their arrival at the premise.

" So what you have done this time  Kalpesh ? "  Hasmukh Gandhi asked to his elder son

Kalpesh aka shadow staited at his father's angry face. His younger brother " The Chirag Gandhi " was also looking at him.

" Again I am telling you dad , I have not killed him " Kalpesh said with little anger in his voice.

" Bhai , have you heard the news ? " Chirag asked to him with straight face.

" Yes Chirag but again I am swearing on you that I have not killed Mahaveer Shah " The voice of Kalpesh aka shadow was started to break. He was again felt neglected by his family members.

" Than in the name of holy Goddess ! Who has killed " The great Mahaveer Shah ? " Hasmukh Gandhi shouted very angrily. 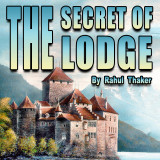