I also thought that this observer we speak about, must have been immersed in a cultural context, obviously influenced by the myths, legends and gods of his culture and of course, exposed to other creation narratives.

If the location we propose is correct, he must have had great influences of Babylon. Knowing then what the Babylonians said in his texts on this event can be very interesting.

I transcribe below the Babylonian poem of creation called Enuma Elish (for its first two words) which begins:

When the sky above had no name,

And the very earth beneath was not yet named,

(Then) the waters of the primordial abyss (APSU: freshwater)

and of the tumultuous Tiamat (salt water) were mingled together.

This poem Enuma Elish, found in the library of Ashurbanipal in Nineveh (669 BC - 627 BC), records the birth of Marduk, his heroic deeds and how he became the lord of the gods after killing his grandmother, Tiamat, from whom he snatched the Tablets of Destiny.

"When high above heaven had not been named it had not been called with a name the mainland below; and there was  just the primordial Apsu, their father, (and) Mummu-Tiamat, she who bore them all, mingled their waters as one body.

And no field was formed, no marsh was to be seen, when none of the gods existed, and none bore a name, and no destinies were ordained; then Lahmu and Lahamu were called into being. During eternities they increased in age and height. Anshar and Kishar were formed, surpassing the others. Days passed, years accumulated. Anu was his son, a rival of his own parents, yes, Anu, Anshar´s firstborn, was his equal. Anu begat Nudimmud in her own image. Nudimmud became their parents’ owner, unparalleled wise, insightful, strong and powerful, much stronger than his grandfather Anshar.

He had no rival among the gods his brothers. Together the divine brothers came and went altering Tiamat when they shook from side to side; yeah, they altered Tiamat with their hilarity in their heavenly abode.

Apsu could not stifle their cries and Tiamat was speechless at their behavior. Their actions were obnoxious to [...] their behavior was abhorrent; they became unbearable. Then Apsu, progenitor of the great gods, shouted, addressing Mummu, his vizier: "Oh Mummu, my vizier, who brightens my spirit, come with me to Tiamat.[10] (...)".

These verses continue maintaining the same tone as we move away from the possibility of any scientific correlation between the Enuma Elish and science.

By reading it we have seen the enormous difference between the Genesis and the other cultures of the area.

Note that there is -in the Babylonian story- the image of father and mother giving birth to creation. One idea would be normal for someone of a polytheistic culture that tries to explain the creation through a belief system that is familiar to him; where what is born must inevitably come from two parents, a male and a female.

Perhaps we might think that the idea of creation of Genesis may have been taken from the Egyptians, because, at one point, they were the most advanced in the area at a scientific level.

Read the description of the creation by them:

"It is said that water was NUN, it was the God of Darkness, it was the beginning of everything ... but he was sleeping, only sleeping.

When he finally woke up NUN found only boredom, he was all he saw around. Neither animals nor plants, nor men ... not even gods. Then, recognizing the immense power of creation in itself, he decided to get down to work and start with the creation of the universe.

"As he was water he began creating land; a large island of loamy soil arose from himself; it was Egypt, and he thought that, as Egypt had emerged from water, this should give it life, that's when God created the divine river, the Nile.

"NUN continued to create ... the sky, air, plants, animals and gods, but something was missing, there wasn´t total darkness, but there wasn´t light either. One day, from a lotus floating on the Nile came light. The flower was reluctant to open up and when it could not take it anymore, RA, the sun,came out, giving the world what it needed, that light with which to appreciate the colors, the beauty of creation and of course the time since RA would go back into the cup of lotus flower to rest during the night. RA became the most powerful god, the master of the world and also the most envied... ".

Obviously not, we can´t make the correlation with science, it is impossible.

What about the popular cosmological notions of the Hebrews?

Let's review what the Hebrew description, design, popular idea was.

Below the earth was the abode of the dead, the seol, equivalent to the Greek Hades, the Babylonian arallu, as it was conceived as a hollow ground inhabited by the shades of the dead.

Above ground the solid sky was holding the upper waters. This solid firmament had gates that opened out to the waters of the flood and torrential rains.

The stars were fixed in the firmament.

Above the upper waters there was "the heaven of heavens," where God dwelt surrounded by his court, the angels, the children of God, or perhaps the family of God. This idea of ​​divine abode became the empyrean heaven, where in the middle Ages stood the mansions of the blessed.

This popular Hebrew conception about the origin is very interesting, since although they had the text of Genesis, they did not have sufficient scientific knowledge to explain it. Therefore they made a free interpretation of the narrative and end in this confusing idea of ​​ solid skies and fixed stars in the firmament, beyond the abode of God and the angels that would be a theme rather focused on the philosophical.

It's very shocking to me to observe how the same description has, or has not, sense depending on the knowledge applied to their interpretation and how today with the information available and the ease of finding it, anyone could make a more accurate comparison than any done in previous centuries.

Now, come on ..., the text of Genesis is, at least, three thousand years old; and the fact that its pieces fall perfectly into place has to be, for me, without a doubt the work of God.

Which leads to the next thought. The Genesis has too many "coincidences" regarding what we suppose happened scientifically. And I for one do not believe in coincidences, especially when there are so many.

So how does that information reach our observer? Where does it come from? How does he get it?

To understand it better, I would like to refer to how the Catholic Church deals with the idea of ​​the sacred writer, the writer who captures what he understands to be the word of God.

When we say that the texts are words of God, one could imagine that God has dictated the phrases that he wanted to reach readers in the author´s ear; that´s how represented the authors of the sacred books are usually represented in many of the paintings seen in the churches. However, the phenomenon is much more complex. This phenomenon is called inspiration. But this inspiration should not be understood in the same way that a musician is inspired to create a work, but as the discrete action of God deep inside the sacred writer. This inspiration respects, as it were, the humanity of the author, his culture, his inclinations, his tastes, his writing, as Luis Heriberto Rivas explains in his book "The books and the history of the Bible. Introduction to Holy Scripture." [11]... 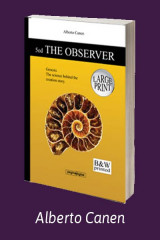