A zillion questions were buzzing through Radhika’s head as she gathered her things and wound up. What had happened to his wife? How had she died? And so young? Had she been ill? And poor, poor Aditya. He was such a quiet child. She had rarely seen him smile and no wonder. It fell into place now. What a horrible experience it was to lose your mother at such a tender age. And having just met the father, it looked like he had no clue whatsoever on what to do with such a young child. And where she felt sorry and utter sympathy for the little boy, all she felt was anger at how…..how……she searched around for the word….. Callous he had seemed. She wondered if he gave his son any attention at all? On second thoughts she was quiet sure that he didn’t. Beyond that she hadn’t been able to read him. May be he was pining for his dead wife……..which brought her back to herself: what were you doing mooning over him? She asked herself. So what if he was gorgeous looking? And tall? And fit? Had eyes a woman could drown in? And had asaturnine and magnetic attitude to match? So what if he was the kind of guy you want to keep looking at? So what if he had made her breath quicken by just stepping into the room? So what if he had made her heartbeat race by just looking at her? So what if his simple handshake had electrified her? So what?

He was also a widower with a very distant attitude towards his own son. What did that say about the man? Nothing worthy for sure, that’s what. She slung her bag over her shoulder and walked out of the room towards the staff room.

As his driver snaked through the heavy Mumbai traffic, Madhav reflected over what had just happened……..a lot of what he had expected and a lot of what he had not. Of course he was a concerned father. Of course he was proud of his son. Of course he loved his son. And any suggestion otherwise was untrue. No matter what Miss Radhika Kapoor said. Or made him feel. Okay, he conceded he did not have too much time to spare as of now but that was as far as it went. His son meant the world to him, he thought a little bleakly. And he would take out time once he got this really important project over and done with. Miss Radhika Kapoor didn’t know half of it. Losing his father along with Rhea in the same accident was a double blow. He had had to take charge overnight of both his home and his business. The only saving grace had been his mother’s unconditional and untiring support. When he suddenly had to realize the real state of his father’s business and the shoddy condition his factories were in, there had been no choice but to immediately roll up his sleeves and clean up the mess. So he had folded up his budding architectural firm and with it his real passion. And now almost two years down the line his father’s businesslooked a lot better than when he had taken over. In fact it now regularly featured in the list of India’s fastest growing companies. The excruciating hours he had had to put in had helped to alleviate the pain of losing his father but in the process he had somehow lost touch with his son………and worse, although he hated to admit it, the truth was that now he was at a total loss on how to bridge the ever widening gap. All his mother’s tireless efforts were of no use. Aditya seemed to have withdrawn into a shell. Even more so whenever he was around. He tried to talk to him or somehow communicate with him, but his son was just plain uncommunicative and painfully quiet. He sighed. Which brought him to Rhea. It had been an arranged marriage with a stunningly beautiful woman. It was only later that he had realized that she was also stunningly ambitious. And vicious. The typical shiny red apple with a rotten core. But he had stuck it out. Had tried. Had really, sincerely tried to make things work between them but Rhea was harder than a diamond. The only thing that had mattered to Rhea was Rhea. Everything else was secondary, including their beautiful son. For his son’s sake. For his parents’ sake.For society’s sake and yes to some degree even for his own sake, he had tried. Tried to see things from her view point. Tried not to come between her and her ambitions of building a super brand out of her interior designing business. But nothing had worked. She had been too driven. Separation had never been an option; divorce totally out of the question. Unthinkable. No way was he ever going to put himself up as the laughing stock amongst his friends and colleagues. Or worse, someone they had to pity. And although it had never bothered him what people thought, somewhere deep inside, his ego had been badly damaged. Moreover he had put his son first. Aditya at least had needed his mother no matter how bad things had been between the two of them. And no matter how much of a lousy and uninterested mother she was, at least his son would have his mother. But before the fatal accident she had already started the process of distancing his son from him. That was another blow he still lived with. And was paying for every time he tried to get close to his son.

But time was on his side now. And he was not a quitter.

He would get his son back. He would find a way. And that too sooner than later. And then he would show the spunky Miss Radhika Kapoor. He would get rid of that disapproving look in her eyes…….she was quiet a fiery package for someone who looked so delicate. And a soft heart too; he had not missed the moisture in her eyes back then although she had made a very good effort to conceal it. Nor had he missed the slight tremor in her velvety voice when she had injected it with false brightness chattering on about something about a summer camp. Oh yes, Miss Radhika had been the surprise package of the day. Utterly alluring, very charming and therefore someone he wasn’t going to give another thought to.

As she rounded the corner she bumped into Kavita, her closest friend and also a fellow teacher at LittleMinds.

“Who was that?” Kavita asked.

Radhika did not try to misunderstand. “Just a parent.”She muttered trying to sound very offhand.

But Kavita being Kavita looked at her keenly and said, “I hope you told him it was late and you had no time for him?”

Radhika sighed, “No I didn’t.”

“Kavita he is a parent.” Radhika said, not sure whether she was convincing herself or her friend.

“So? If you are a parent you can’t be good looking?”

“No. it means that if you are married,” she looked pointedly at Kavita and spoke,

“You can’t be looking! Period. Remember Mohan? Your husband? The love of your life? The guy who loves you to death? The guy you love blindly?”

“Ok love is blind but it doesn’t make you blind. I still know a hunk when I see one.”

“Oh I give up!” Radhika said looking heaven ward.

Kavita laughed. “But you are right of course. My heart beats only for Mohan. It was you I was thinking about.”

“What are you talking about?”

“The blush still hasn’t left your face.” She said making a production of watching her closely. And then as she saw Radhika’s reaction coming, “Ok so he’s a parent. Married. But then so what?”

“Kavita! Is poor Mohan even aware of your scandalous liberal views? Or do you want me to tell him? I will be glad to believe me. The poor unsuspecting guy thinks he has married a good Punjabi girl.”

“I am a good Punjabi girl and not only him but his entire ‘Manglorean’ clan agrees. But then like I said this is not about me” she grinned.

“But it could very well be about you, now that I know what you are all about” Radhika said.

“Never. I have eyes only for Mohan. He’s the guy I married against everybody’s wishes, remember? And I don’t regret a single moment of it. So no my dear despite all your efforts to distract we are back to talking about you”

Radhika looked resignedly at her friend, “Oh!! Can we leave now or would like to spend the rest of the day here?”

A slow smile spread across Kavita’s face as she looked at her friend knowingly, “of course. Let’s go” 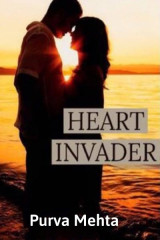