I am An Actress Not A Slut

I am an Actress not a Slut

Nowadays, I'm very busy. Now I'm a renowned journalist. My show, 'Hard Talk with Abhi', is one of the most popular Indian news shows with the highest TRP rating. I hardly get time for my family. One day when I was about to attend a meeting with a minister, I checked my WhatsApp messages as regular before leaving my house.

"I'm coming back, I need justice. This time you'll be able to help me. Won't you?"

Tanisha Bose, ten years back, she was a beautiful girl. She was tall, she was thin, and she had a pair of light-brown eyes. Also, she had long, brown, and wavy hair. Furthermore, she had white fairy skin, she had long-thin legs, delicate fingers, and beautiful arms.

She alleged a molestation charge against Pawan Kumar but the whole media supported superstar. She went from door to door for justice but even some then high paid lawyers denied to take the challenge in favour of her allegation in court.

I also tried my best to convince the public through the newspaper but I was threatened with losing my job. Being a new journalist, I had no option. I saw my college friend who had a big dream to become a supermodel and actress, was reduced to tears in front of me.

Finally, she was convicted as a slut and most of the directors, actors denied working with her. She was hugely criticised by the common public too. She understood what she did, should not have done because it's a male-dominated film industry. But only she knew the truth. The situation culminated and she became a common target to the supporters of Pawan Kumar. She forcefully left the country to save her life.

I remembered the scene by scene. I messaged her back, "Come, this time I'm strong enough to fight for you. Waiting for your arrival. Welcome to India."

Tanisha and I knew each other from class five of a local school in Kolkata. She was very aggressive from her childhood days. She always preferred to tell the truth. Because of her this habit, some of her friends including me got punished for our mischievous behaviour in school. Most of her friends ignored her for the same reason. That was the only reason she had to stay alone. But I liked it. I always accompanied her. Within a few days, we built a strong bonding between us. I would visit her house twice a month and vice versa. She became my mom's favourite. She always had a dream to become a supermodel and then the actress in future. She learnt dancing by watching songs on tv. Her father always encouraged her. She was pampered by her father. But her mother always used to scold her. Even she wouldn't allow any friend in their house except me. Her mother liked me a lot.

We came to Mumbai together to pursue our respective courses and entered the college; her parents didn't agree to send her to Mumbai. I convinced them. I chose journalism and she chose a diploma in acting and modelling. Although, we had different courses but we admitted in the same college. We often met in the common room of the college. Later on, I felt for her but pulled back when I knew she had no wish to settle down except fulfilling her dream.

Fifteen days later I received another WhatsApp message from her. I was about to lose my consciousness with enjoyment after reading the message.

"Tomorrow, I'll land in India, come and take me to your home. I have no contact person except you."

For ten years I didn't meet her, though we had only one medium to communicate, that was WhatsApp. I implored many times for her one photo but she refused every time. She had been in deep trauma. It was me, I convinced her to return to India to prove her allegation against superstar Pawan Kumar which was not at all baseless. I cancelled all my scheduled appointments only to receive her in the airport.

After reaching the 'Chhatrapati Shivaji International Airport' in my own car, I was eagerly waiting for her outside the airport. My heart was literally bouncing to see her after so many years. Every minute seemed like an hour. Almost ten minutes had passed, I could not see her in the queue of passengers, coming outside. I also looked at a woman who was also searching in the queue for someone. When she saw me, she waved her right hand and approached me introducing herself as Tanisha, my friend. I was surprised to see her. I almost forgot that it was ten years gap. So, changing your look is something that you can't control how much makeup you use. My look also changed but she recognised me very easily because she had watched me hosting news on my own channel. She looked like a convict who returned after completing her ten-year sentence in jail. She had her long hair cut short up to her neck. Even her skin was not glowing that once used to be.

She had looked like heavenly beautiful in our college days. Every day getting proposals from boys, became her daily routine. She often readout those proposal letters in front of me to see my reaction to them. Somehow, she got the information from our common friends that I loved her. She wanted to hear from me. But I never expressed my feelings for fear that she could break our friendship. Most of our common friends called me a coward for the same reason. But this coward got a life-changing opportunity to propose to her on the Valentine day in the college. ……………. To be continued. 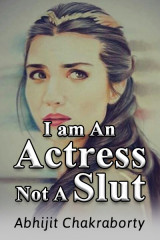